My parents moved to The Dalles when I was in college, enabling me to explore the area of Oregon from Dufur to Tygh Valley to Maupin in the often blast-furnace temperatures of summer—one year it hit 112 degrees. I was enthralled by the high rolling hills of wheat, entranced by the wind that ruffled the waves of grain like some pale ocean stretching to the horizon. Contributor Anthony Boutard of Ayers Creek Farm reminds us of the ancient rites of the harvest.

The Lammas or Lammastide, falls on the first of August. It is the English “Loaf Mass” celebrating the new grain harvest. The day falls about midpoint during the grain harvest. The loaf is made from the newly harvested grain and used in the Mass. The use of the new grain is symbolic, gratitude for the new harvest. The granary would still have months worth of grain in storage, a hedge against a poor harvest. It may be months before the new grain finds its way again into a loaf.

It is also notable that the Lammas falls during a busy time, so there is no time for a feast or festival, just a loaf of bread for a modest Mass to say thank you. The harvest feasts and festivals will have to wait until the Harvest Moon, the full moon closest to the autumn equinox. This year, the first of October. 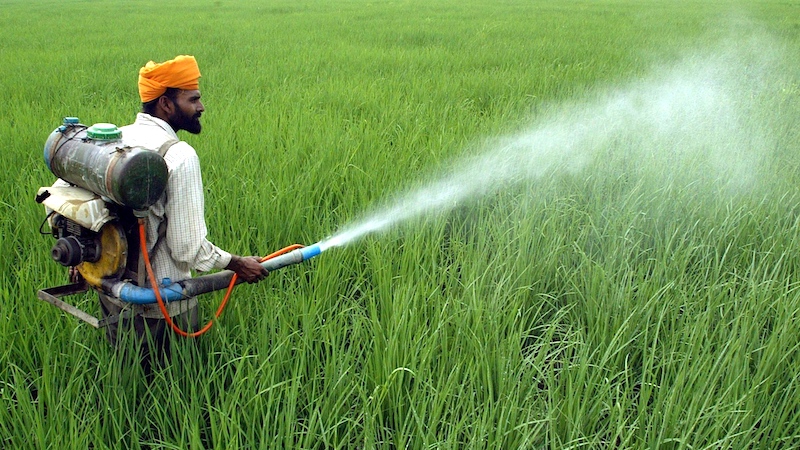 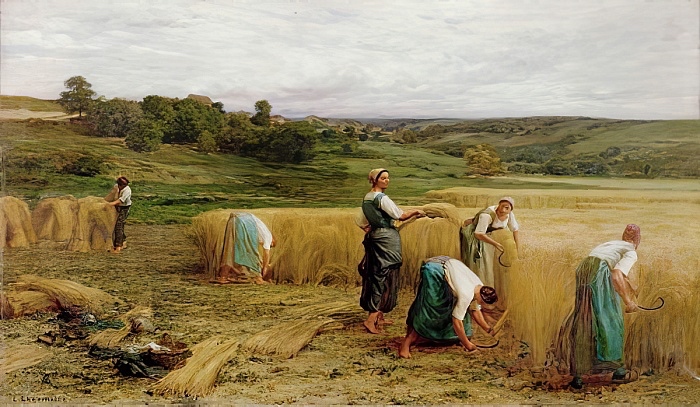 James Robinson, an organic dairy farmer in Cumbria, recently wrote that farmers are always playing the long game. A female calf born today will not enter his milking herd for two years, and it will be two years after that before she will return much profit to the farm. Anthony and Carol Boutard have been developing varieties of organic corn, grains and other crops at Ayers Creek Farm, a process that can take several years before they'll know whether it fits their rigorous requirements.

Sixteen years ago, we started growing durum, also known as hard amber wheat, for making parched green wheat, or frikeh. The original Economic Botany paper that described the process specified durum, so we abided. Durum is used for couscous, bulgur, fregula, tarhana and flatbreads, and is grown extensively in the Middle East and India. It is the region’s grain at hand, which explains its incidental use as a parched grain. The variety we were growing at the time had a short straw, so the heads were hard to harvest by hand, and it also turned out to be very susceptible to the strain of wheat rust that spread through the valley five years later. We abandoned the durum and started using a soft red wheat, which is a very long straw or tall variety, and resistant to that strain of rust. As we were parching the heads before maturation of the grain, the protein structure of the mature grain was unimportant. Still, we really loved the durum. A couple of years ago, we tried a different strain of durum and it has grown nicely.

Botanically, durum is a cultivated species developed from wild emmer wheat, about 7,000 years ago. It is a very different beast from the hard and soft bread wheats, which were developed from wild einkorn and two other grass species. Durum and emmer have four copies of their seven chromosomes, and thus are termed a tetraploid species. Bread wheat and spelt have six copies, or hexaploid. Corn is a simple diploid. In the case of durum and bread wheat, the ploidy level simply points to two different ancestries. Although durum has higher protein content, those proteins do not produce as strong a dough as bread wheat. For this reason, it is used for pastas and flatbreads.

The milling fragrance and quality of durum are distinct as well. Because the grain is so hard, it does not mill to a flour using a traditional stone mill. Instead, the stones yield a semolina which we pass through a #26 bolt, removing most of the bran. For comparison, our cornmeal passes through #14 bolt. All foods have a standard of identity that is defined by the Food and Drug Administration under 21CFR137. Cornmeal must pass through a #12 bolt. Farina and semolina are defined as the fraction that passes through a #20 bolt. Flour is the fraction that passes through a #70 bolt. Consequently, our semolina and cornmeal are slightly finer than called for in their standards of identity. Before the development of wire cloth, sieves were made from loosely woven hemp, linen, cotton and silk. The bolt number is number of threads per inch, and silk produced the finest bolts. Mesh and bolt are synonymous, but we prefer the historical reference to a bolt of fabric, even though we now use sieves made of stainless steel wire.

Our current durum strain is a much taller plant than the earlier sort, so we have a backup for parching if needed. We suspect it is also a much older strain. One of the key features of “green revolution” grains was reduction of straw length. When draft animals powered agriculture, the straw was as valuable as the grain. Long straw is also easier to scythe, then gather and stack (shock). The gathering and bundling of the plants was a task traditionally carried out by women and children. The captivating and sympathetic paintings of Émile Claus (1849-1924) and Léon Augustin Lhermitte (1844 to 1925) document the structure of field economy and society at the time. The early farmers in the west had neither labor nor machinery to harvest and transport the grain. Instead, they would “hog out” the grain by turning swine into the field and shipping the animals or cured hams.

Short straw varieties move through the combine more efficiently and are less prone to falling over (lodging) under heavy applications of fertilizers. On our farm, we appreciate the long straw because it is a good source of organic matter for crops following the grain and efficiency is not a hallmark of our endeavor anyway. We have also observed that the taller grains have fewer disease problems, possibly because of better air movement in the field as the leaves are higher above the ground. Carol has been using the milled durum in her sourdoughs at about 10 to 15 percent. It lends a pleasant sweetness to the bread as well as a moister crumb. Durum is also used to make Indian flatbreads such as chapati.

Read Anthony's response to a reader's question about short-straw wheat, pesticides and the Green Revolution.