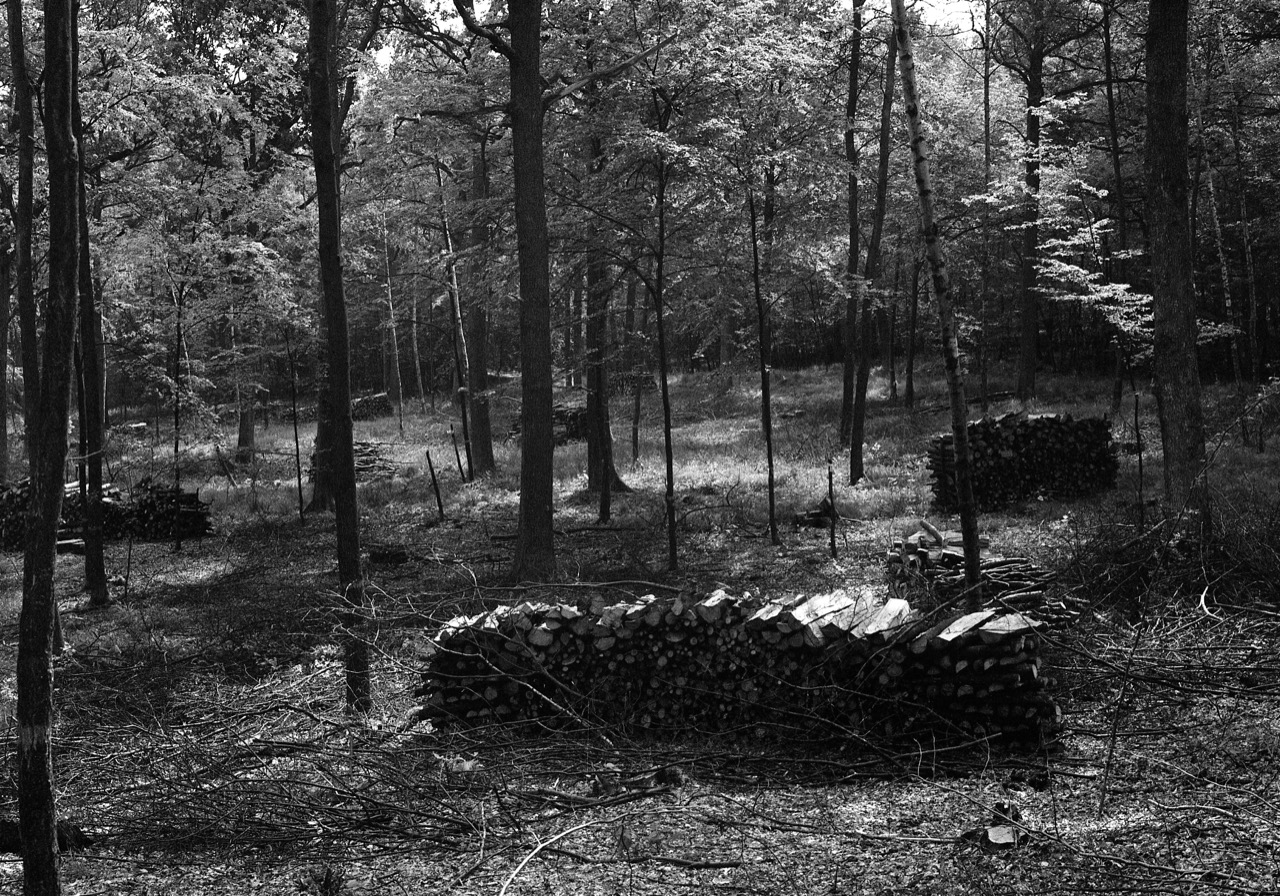 Farm Bulletin: A Tour of a Bavarian Community Forest

Contributor Anthony Boutard of Ayers Creek Farm was raised in the wilds of Western Massachusetts; his father, Cecil Boutard, was the Horticultural Director of the Berkshire Botanical Garden. So it's not a huge surprise to learn that Anthony decided to study forestry at university, then was lured out west to work for 1000 Friends of Oregon, a conservation organization. Here he recalls a trip to Bavaria as a graduate student.

Here are a few photos of the Iphofen community forest that I took as a forestry student in June of 1989. The Bavarian Forest Service led us on the ten-day tour. There was a foundation in New York that funded exchanges between Germany and the US for forestry and music graduate students, so all expenses for the field trip were covered except beer and meals. That said, on many of the stops, our hosts were eager to provide a fine board of victuals defining their region.

The walled Bavarian town of Iphofen maintains a community forest. It is managed in the manner described as "coppice with standards." The coppice provides firewood that is apportioned to each chimney within the walled city, as well as small wood used for firing bread ovens. The standards are large trees harvested for lumber, the sale of which provides funds for the town. The detailed forest records go back to the 14th century. The oaks grown in the region are on a 350 year rotation and are highly valued for making veneer. Traveling the area, you will see oaks at various points in their 350-year life.

The European practice of pollarding urban trees, a form of branch coppicing, or what some wags call “amputrees," arose from the insatiable need for small wood to fire bread ovens. People sometimes regard pollarded trees with their massive knobs as some misguided ornamental effort, but it originated as urban forestry. Sycamores are particularly well-suited to this treatment. The Romans likely introduced the practice.

The Bavarian tradition of parching green small grains gave us the inspiration to try our hand at the craft 18 years ago. Grünkern is produced in Bavaria and parts of Austria from green spelt. It is sold at Edelweiss, the German grocery on Powell. Seeing it, we thought to ourselves, maybe that’s something we could do.

The Bavarians parch the spelt ears on a large iron pan in a structure called a darre. During the first few years, we produced both parched wheat and spelt. The spelt had a caramel-like flavor and Greg Higgins [of Higgins restaurant] made a beautiful fruit compote with it. The spelt was very difficult to thresh and clean without special equipment, so we had to drop it. We continued with the wheat. Though memories of the grünkern years linger, building a darre is not in our future. In his book De Agri Cultura (160 BCE), Cato the Elder describes parching of grains.

The breads of Bavaria have a robust flavor and dense texture without feeling heavy. Carol makes a lovely sourdough bread from our soft red wheat and durum which reminds me of my travels in Bavaria and Switzerland. It is a lunch or evening loaf, sliced on the thin side and toasted with some sardines, herring, cream cheese or cured meat. Carol uses between 10 and 15 percent durum in all her loaves. The addition of durum improves the crumb of the bread.