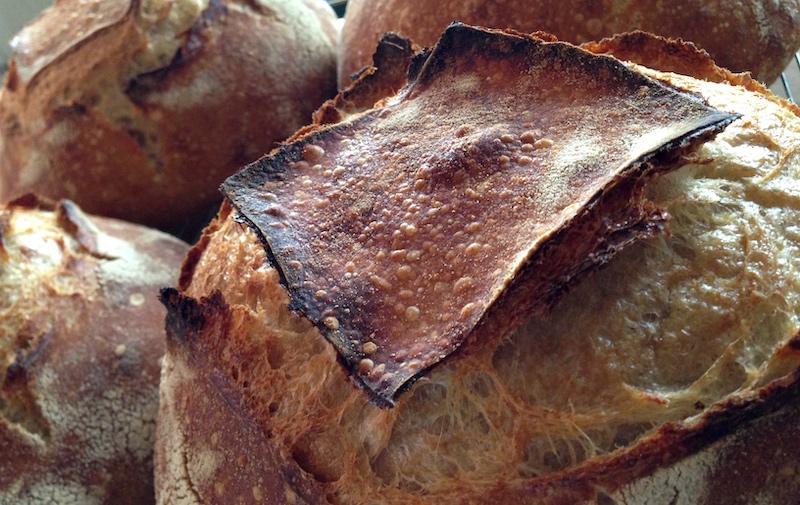 Gearing Up for Local Grains: Grinding Our Own Flour!

It started innocently enough. Dave got interested in baking bread several years ago and, from a post I wrote at the time, it went like this:

"Dave made a few stabs at baking his own bread using recipes he garnered from various websites and books, even going so far as to start his own sourdough from the yeast left at the bottom of a bottle of Doggie Claws from Hair of the Dog. Results of these experiments were mixed, from lumpen to acceptable, but none had the crisp crust and bubbled interior of the artisan-style loaves he was dreaming of." 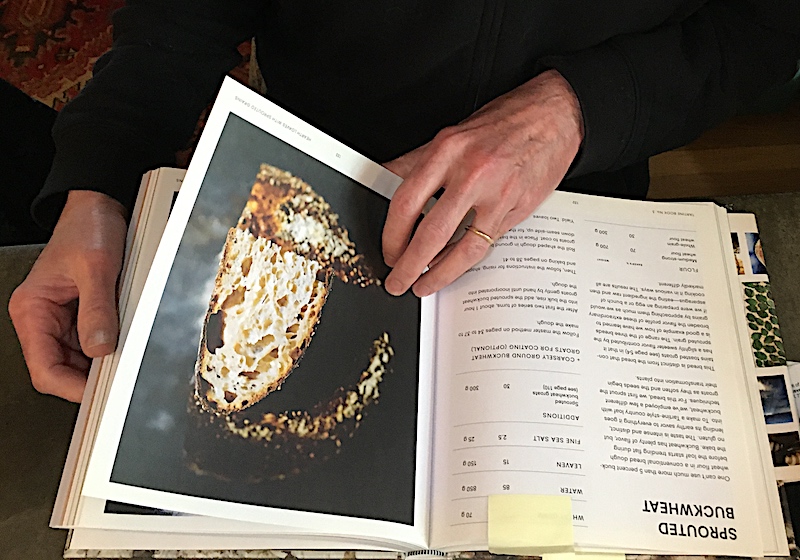 Then he got Chad Robertson's book, Tartine Bread, as a gift from perceptive friends, and he was off to the races. Initially he was using standard AP (all-purpose) white flour, then began incrementally adding whole wheat to his loaves to add texture and flavor. I encouraged him to try organic flours, since they're beneficial not only for our family's health, but also better for the soil, the water, the air and the planet than flour from pesticide-dependent conventional grains. 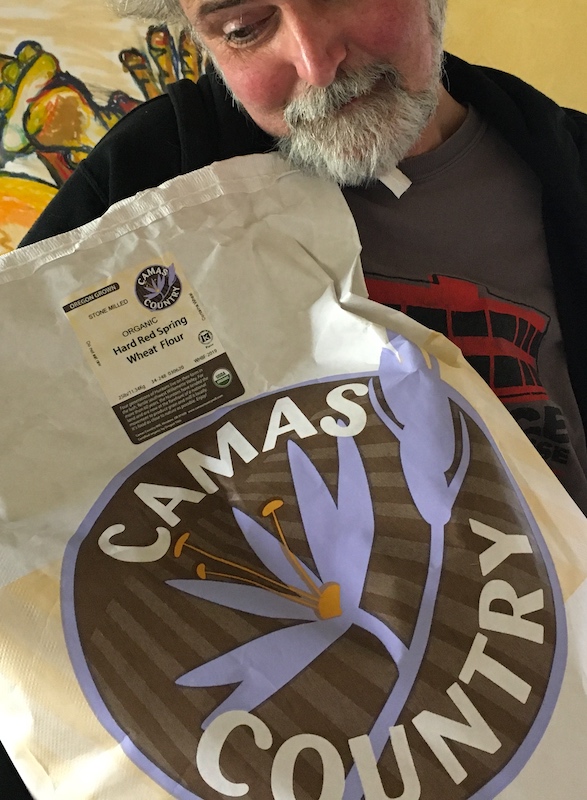 Shortly after that he began reading about locally grown grains being pioneered by farmers and institutions like Washington State University's Breadlab that sought to marry flavor and sustainability, as well as revitalizing local grain economies that have been (literally) losing ground to global conglomerates for decades.

Around that time I ran into Adrian Hale, Portland editor, writer and bread evangelist, and told her about my husband's fascination with sourdough. She immediately put us down to receive her Thousand Bites of Bread e-mail newsletter that lists the local grains, flours and legumes that she distributes from her home, sourced from farms and mills around the Northwest. And that's when 25-pound bags of flour began showing up on our kitchen counter with names like Rouge de Bordeaux, Edison, Hard Red, Bono Rye, Einkorn and Sonora.

But it didn't stop there. 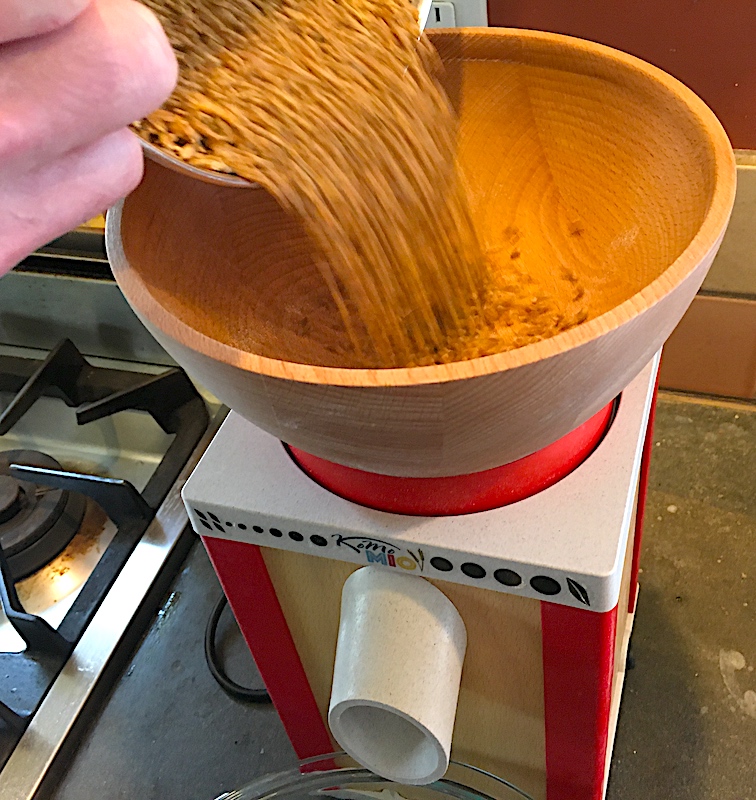 Now those 25-pound bags of flour have turned into 25-pound bags of grains with the addition of a Komo Mio grain mill. We'd originally discussed getting a milling attachment for our KitchenAid mixer, but were concerned that, over time, it would stress the motor too much. The KoMo Mio is the product of a collaboration between legendary German mill designer Wolfgang Mock and Austrian Peter Koidl—the name is derived from "Ko" for Koidl and "Mo" for Mock—and it's compact enough to sit on the counter and is designed to last a lifetime. It was also not much more expensive than the mixer attachment, so it made that decision easier.

So far it's been used to grind some of the flour for Dave's incredible bread, of course, but also his amazing biscuits and scones, and the flavor of the fresh-ground grain is noticeably more vibrant and it has a much more distinct grain aroma.

For those of you new to baking, you'll find a list of Dave's favorite resources below.