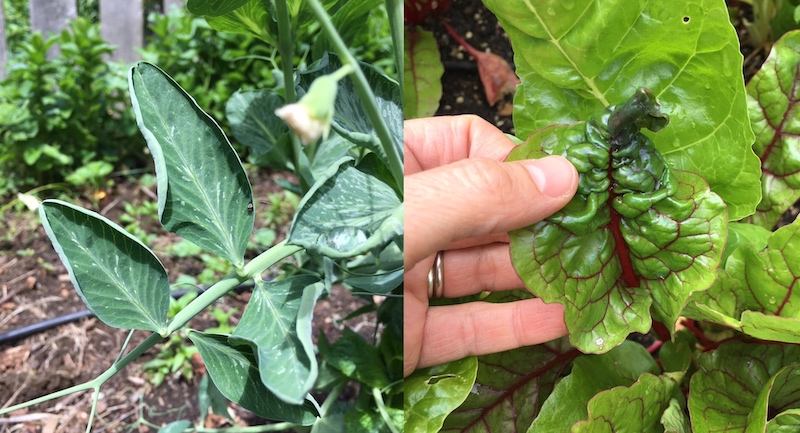 Residential customers who bought the popular compost for their gardens this year were shocked to learn it also contains pesticides.

In a press release this past week, the Oregon Department of Agriculture (ODA) said it had received several complaints reporting growth deformities in plants that came into contact with the product. After collecting samples from home gardeners, Dean's and another company, McFarlane's Bark, samples were sent to a lab for analysis. Results were returned showing the compost was contaminated with clopyralid, an herbicide used to control broadleaf weeds like thistles and clover.

The ODA report says that clopyralid can cause symptoms in plants at very low levels and only affects certain groups of plants, including legumes (peas, beans, lupine), composites (sunflowers, marigolds, lettuce), nightshades (tomatoes, potatoes, peppers), and buckwheat. It is considered very low toxicity if ingested and very low toxicity via skin exposure.

Suki Olson of Northeast Portland, who used the compost in her raised beds, noticed slower-than-usual germination from her seeds. Then, when the plants finally emerged, she noticed many of the leaves didn't have their usual shape or texture.

"The fifth and sixth leaves of my beets look bumpy and leathery, which I thought was strange," she said. "I didn’t think much of it, chalking it up to a weird spring of rain and cold and then hot." But then the heirloom peas she planted had leaves that were misshapen and badly cupped.

"I checked with my neighbors, since we'd shared the delivery of [compost]," she said. "One’s hydrangea leaves were buckled and asymmetrical. The other’s decade-old grapevine had terribly dramatic cupping of its new leaves, and one of her tomatoes showed the same cupping."

The president of Dean's released a statement saying the two products that clopyralid was found in were a batch of steer manure and a batch of mushroom compost, according to an article from KOIN news. The article said that both products have been pulled from the shelves and the company was in the process of seeking out "new organic supplier relationships" as well as "alternative nutrient supplements for our White Lightning product should we continue to find disparities between an organically certified product and test results that are contrary to this certification."

Dean's has offered to refund the cost of the compost itself, but has not discussed remediation of contaminated soil. A private Facebook group has formed for customers who have experienced damage from the contaminated compost. Group moderator Lindsay Freedman said that the group is exploring legal options for customers who experienced damage, since soil testing can cost upwards of $250 and digging out contaminated soil can run into the thousands of dollars.

An additional complication is that many labs can't test levels below 10 parts per million, and clopyralid can damage plants at just one or two parts per billion. One way to test the soil for contaminants is to do a bioassay by planting fast-emerging seeds that are sensitive to the contaminant in the soil. (Here's a how-to video.)

In the meantime, customers affected by the contamination are wondering what to do about the vegetables and fruit they've planted in their gardens.

"Our main concern now is, is our food edible?" homeowner Olson said. "Brassicas don’t seem to be affected, but are they safe to eat? And what is the best way to remediate? Because if there is herbicide in all the yards of compost that Dean’s and other companies delivered in the last few months, it’s not environmentally sound to dump all of this in the landfill and wash our hands of the matter. My goal is to work with nature to heal the soil, and get back to what I love, growing food for my family."

The ODA has these suggestions for homeowners who believe they may have experienced contamination: