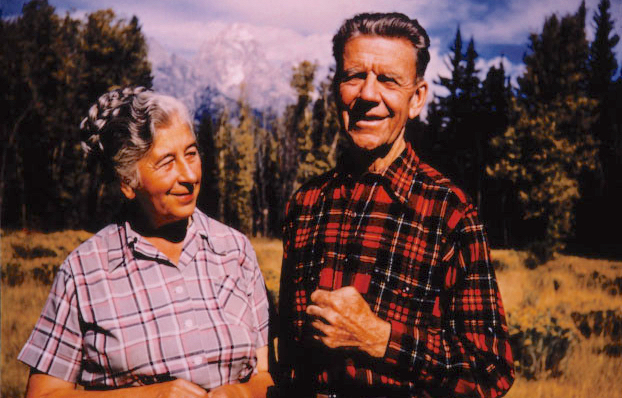 Memoir. History. Love story. Ecological screed. A meditation on our place in nature. Astute political analysis. Even some murder and mayhem (of the natural world sort).

I've never read anything quite like Margaret Murie's Two in the Far North, which is, at its core, a memoir of her life growing up in pre-statehood Alaska, meeting her husband, Olaus, a wildlife biologist, and spending much of their lives together studying and working to preserve Alaska's wild places. It was a lifetime of effort and advocacy that eventually led to the creation of the Arctic National Wildlife Refuge (ANWAR) in 1960.

We meet Murie when she is just nine years old, at the point when she and her mother traveled from Seattle to meet her father, an assistant U.S. attorney for what was then called the Territory of Alaska. In the early 1900s, that meant a several-day journey via steamship from Seattle to Skagway, in Alaska's southeast panhandle, then another several days to travel by train to Whitehorse in Canada's Yukon. The next leg took the pair up the Yukon River to Dawson where they were met by Murie's father, and then traveling together up the Tanana River to Fairbanks on a river steamer.

"In 1911 the river steamer was queen. There was a great fleet then, nearly all with feminine names, churning and chuffing their stern wheels up the rivers and sliding briskly down them. When the great two-stacker Mississippi-style steamer came in to any dock, she came like a confident southern beauty making a graceful curtsy at a ball. [These steamers] lived their lives between St. Michael at the mouth of the river and Dawson, sixteen hundred miles upstream."

Arriving in Fairbanks, the family moved into the one vacant house which Murie describes as "way out on the edge of town," with only four rooms, a handpump in the kitchen and a woodstove that heated the house.

Murie's early life is described from her vivid memories growing up in the far north, cooking on that woodstove, walking to school even in fifty-below-zero weather and exploring the world of the gold rush town where "there were no others nearer than eight days by horse sleigh or ten days by river steamer.

Going off to college—in Portland, to Reed College, no less—at the age of fifteen, she traveled by dogsled accompanied only by a driver and his dogs for nine days, traversing frozen rivers and mountains and staying in rough-and-tumble roadhouses along the way. From this point on, Murie quotes extensively from her astonishingly descriptive diaries about meeting her husband and spending their honeymoon on a research expedition above the Arctic Circle, studying its flora and fauna with the idea that documenting this unexplored region could help to preserve it for future generations.

This love of the wilderness, her enchantment with the natural world and the difficult, funny and moving experiences they had together that bring the times and places to life, putting flesh on the characters they meet along the way, some in the most unexpected circumstances. Murie is a storyteller of great warmth and humanity, and I can't recommend this book highly enough.

Read Part One of my summer book report, "Henry David Thoreau: A Life."