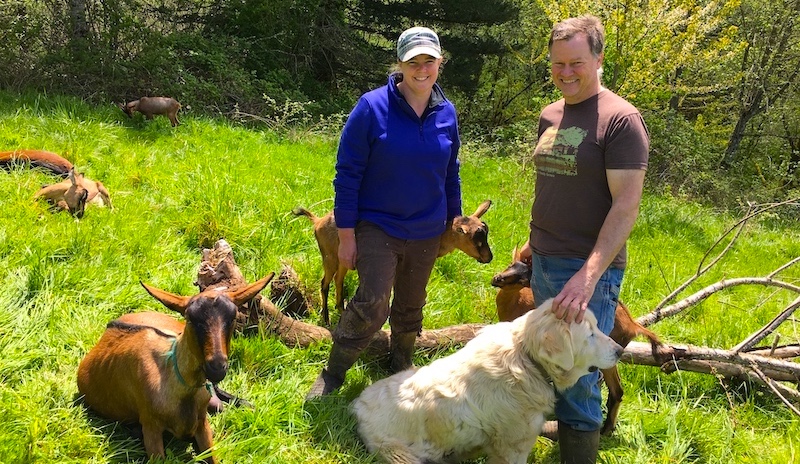 Endorsement: Michael Guebert for Board of East Multnomah Soil & Water

Michael Guebert has not only run a regenerative farm, Terra Farma, in Corbett for 20 years, but he also spent his off-farm career as a geologist focusing on water quality. This is an important election for the future of the East Multnomah Soil & Water Conservation District and its amazing programs and I trust Mike to continue the great work he's done for the past 10 years on the board.

I have known Michael Guebert for more than a dozen years, and I can't think of anyone I'd trust more to do the right thing when it comes to our soil and water resources here in Multnomah County. Smart, passionate and committed, his integrity is unimpeachable, and his decade of service on the board of EMSWCD, both as a board member and current chairman, have made it a model of what's working in local land conservation. 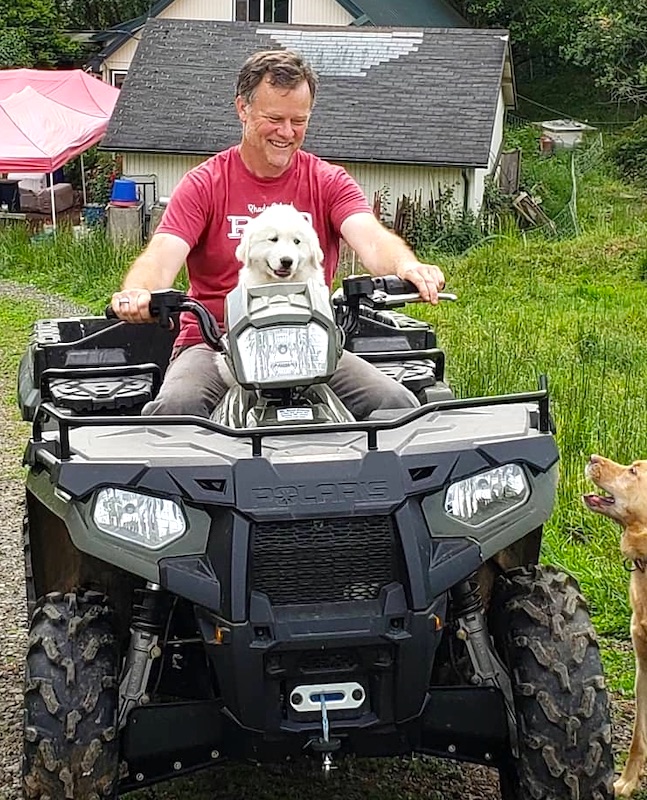 "I'm immensely proud of the work the District has accomplished during my 10 years on the board," Guebert said, "From helping new farm businesses with our Headwaters Farm Incubator Program, funding land purchases to protect farmland, natural resource land, and parks throughout the district, and doing the hard work to recruit and retain a dedicated staff of employees."

If you're like us, the election for the local county soil and water board isn't a sexy contest, but in this case it's worth finding out about, and could mean the dismantling of a vital local resource if Guebert's opponent—someone with no governmental experience or specific policy goals in his voters' pamphlet statement—should win. (Read both statements here. Scroll to page M-33.)

"All of [our work over the last ten years] could be at risk as it appears that groups that are not necessarily aligned with district values are putting up candidates that could change the nature of the district forever," Guebert warned. "And if my opponent wins, that faction may have a majority."

I can't urge you strongly enough to take a moment when voting to make your choice for Michael Guebert for the board of East Multnomah Soil and Water Conservation District in this election. 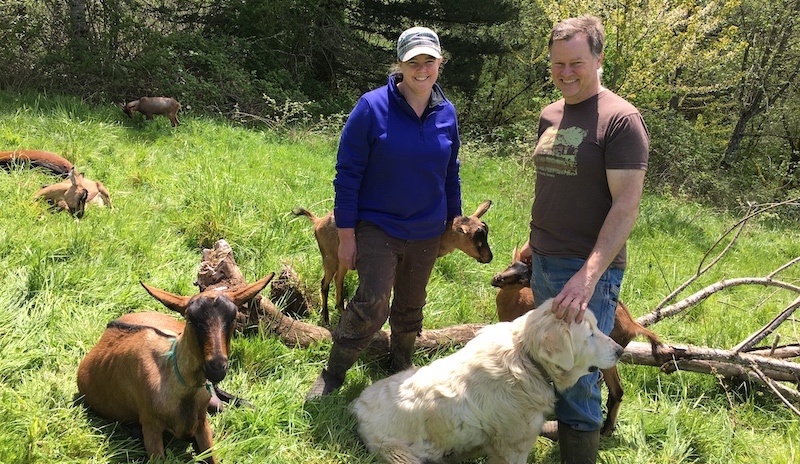 It might come as a surprise to some of the customers of Michael and Linda Guebert, who raise and sell pastured meat on their 10-acre farm in the Corbett area east of Portland, that when they bought the land in 2001 they were vegetarians looking to grow just enough produce for their own use.

In the spring of 2020 they're taking Terra Farma to the next level, starting a CSA subscription service for the pasture-raised pork, beef and chicken they raise, and adding goat and lamb to subscriptions next year.

As they tell it, it all started when a friend gave them a few chickens, and as the flock expanded beyond what they could use themselves, they began selling eggs to friends and co-workers. Some of the roosters were causing problems, so a friend slaughtered the cranky birds and left one in their freezer. When Linda finally got around to cooking it, that delicious, pasture-raised rooster ended up being a life-changing meal, inspiring the couple to pursue a different model of eating and farming. 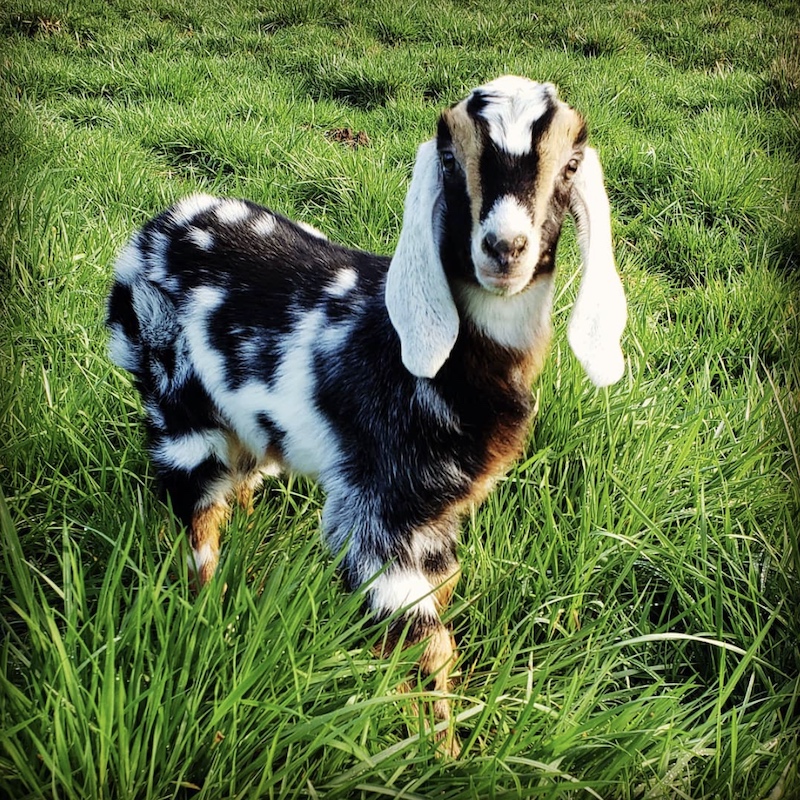 Goats were added, initially raised for their meat, but after milking a couple of their does, the Gueberts decided to focus on dairy, finding a ready market for their raw goat milk. With that, it was a hop, skip and jump to a multi-species, rotational grazing operation with pigs, other poultry like guinea fowl and turkeys, as well as rabbits, dairy cows and now beef cattle.

They also found this regenerative style of farming was a good fit with their own values, both in terms of being able to give their animals the best lives possible, as well as being environmentally sustainable in promoting healthy pastures and soil that more readily retains moisture and sequesters carbon.

Why add a CSA on top of their existing farm business? Mike said it's primarily because of customers' comments about the difficulties they encountered trying to find meat that they believed was healthier for themselves—the phrase "you are what you eat eats" coined by author Michael Pollan springs to mind—and also about wanting products that were better and more sustainable for the planet. 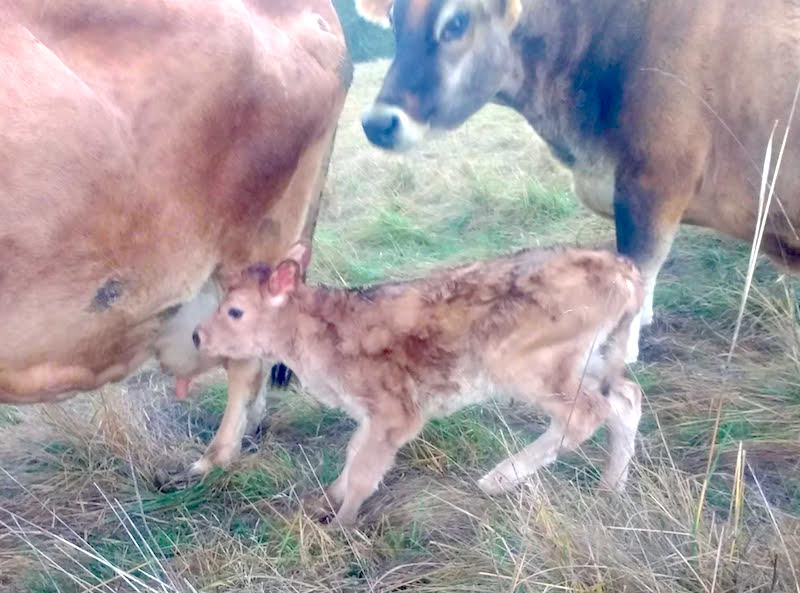 There's also, of course, the financial aspect. The farm currently has a steady income from the milk and meat they raise, with a loyal client base built up over many years. Customers come out to the farm in Corbett to pick up orders, and the online ordering and billing system the Gueberts implemented has streamlined transactions. Linda was able to leave her job to work on the farm full time in 2011, but like many farm couples, Mike still has a full-time job off the farm that helps pay the mortgage.

The addition of the CSA subscriptions will require capital investments. Slaughter and processing of the pigs and cows at a USDA facility costs more than on-farm slaughter, and they'll need to purchase freezers to store the meat. But USDA slaughter gives the Gueberts the ability to sell meat by the piece rather than only being able to sell whole or half—or in the case of beef, quarters and eighths—under custom-exempt rules, and it will enable them to offer more choices to customers who may not be able to store or use larger quantities of meat. 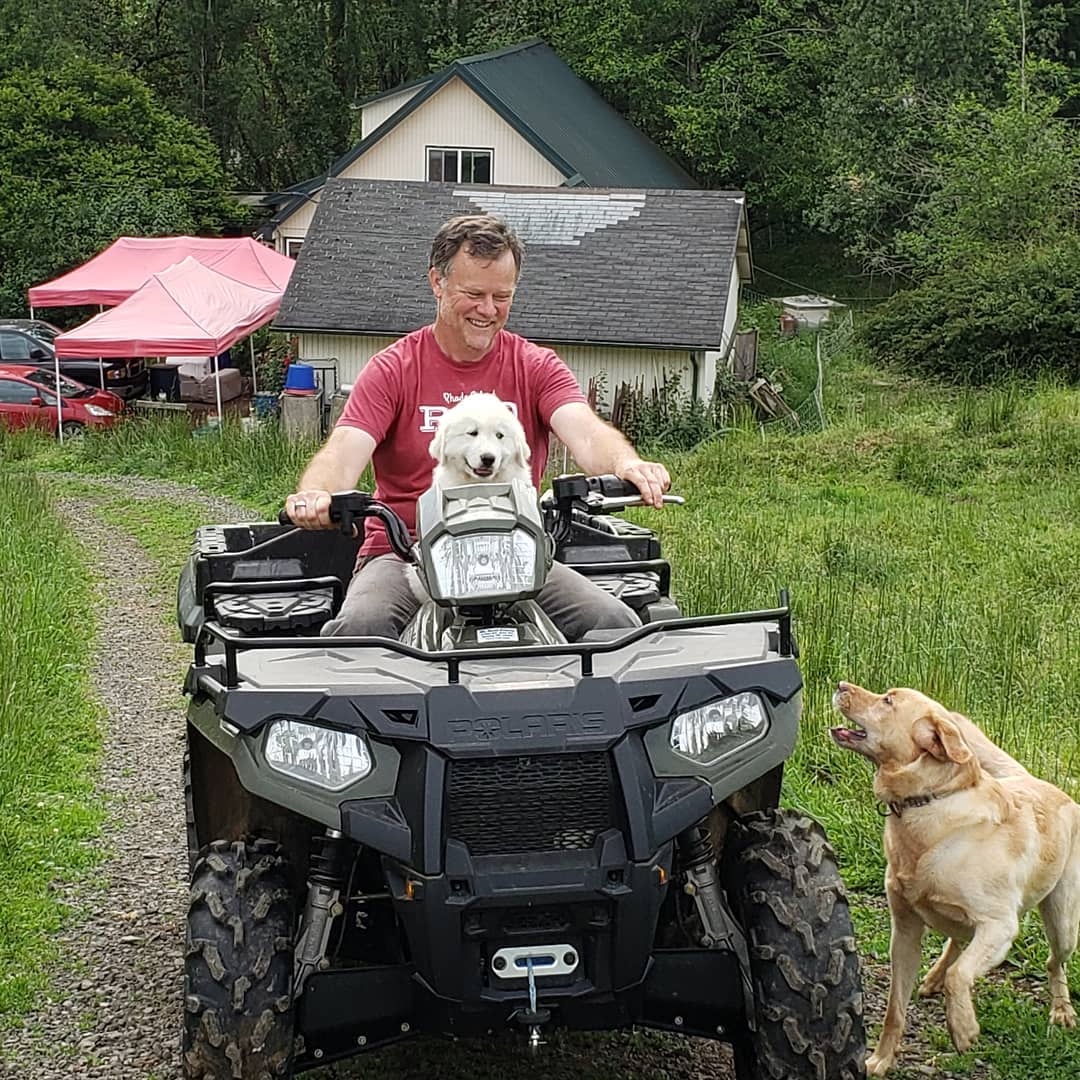 The plan for the meat CSA, still undergoing some fine-tuning, is to offer quarterly subscriptions in the $325 price range for a 10- to 12-pound monthly box of a variety of cuts and kinds of meat (i.e. pork, beef or chicken). Customers won't get the same box every month, ensuring that selection is varied and the whole animals will be used.

Mike and Linda's aim is to have a sustainable business, of course, but more important to the couple, as Mike said, is to build a community of like-minded people through sharing recipes and creating strong bonds around a love of good food.

"We want to help transform the way people think about meat and clear up myths about meat's effect on the environment," Mike said. "We hope to enable customers to build a direct, meaningful relationship with their farmers; we want people to think of our farm as their farm."