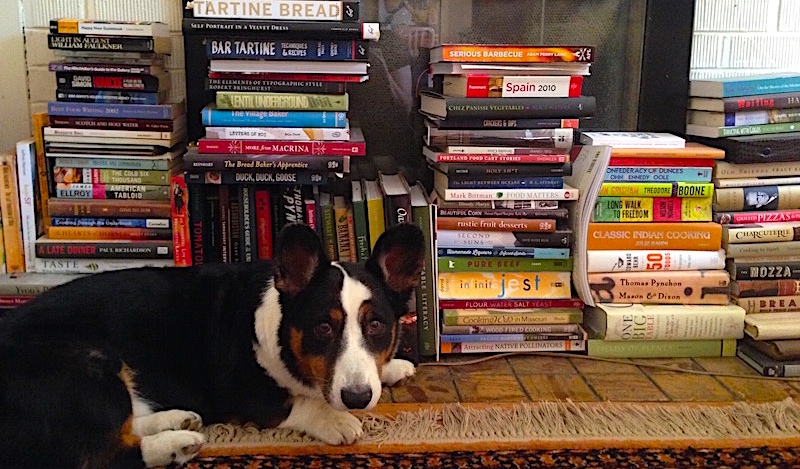 There are very few gifts that thrill me more than one of those teeny little envelopes containing a gift card, especially if it's from one of our many local independent booksellers. I received one from my sister-in-law this Christmas—she knows me so well—and that same day I was on the computer ordering a book I've had my eye on for awhile.

Here are a few I'd like to recommend for you readers out there. First up, two new books from local authors.

Truffle in the Kitchen: A Cook's Guide, by Jack Czarnecki

If you want to know about the fungus among us, there is no better guide than mushroom guru Jack Czarnecki, founder with his wife Heidi of the famed Joel Palmer House. Housed in a historic Victorian home in Dayton, Oregon, and smack dab in the middle of Oregon's renowned wine country, it is now ably helmed by his son, chef Christopher Czarnecki. The restaurant is ground zero for lovers of local truffles and mushrooms and provided the laboratory where Jack honed his skills in the science, lore and use of these elusive fungi. 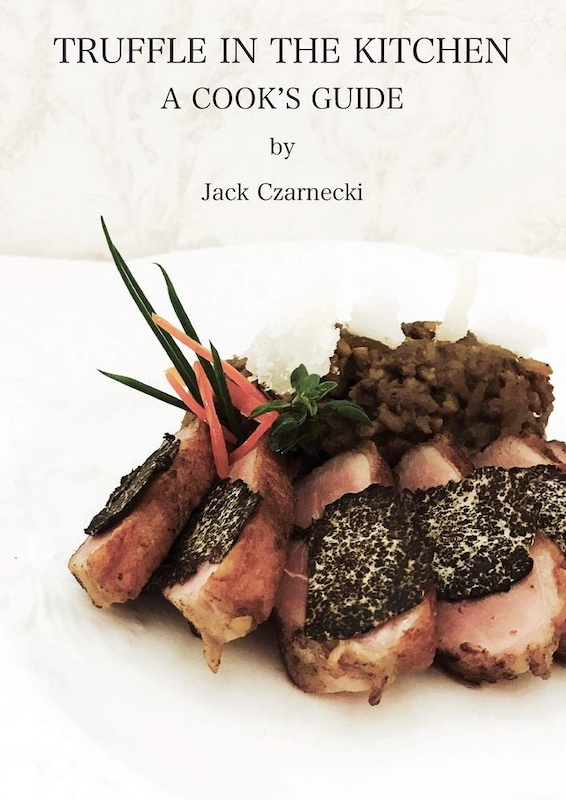 His latest effort is a cookbook, for sure, full of simple-to-prepare basics like truffle butter and oil, as well as what he terms "atmospheric infusions," along with recipes for main dishes and even desserts. But it also delves deeply into Czarnecki's background as a bacteriologist, discussing his theories on the complex relationship between our physiology and how it interacts with that of the truffle.

Truffle in the Kitchen is an ode to one of Oregon's most intoxicating native ingredients, and a compelling story of one man's decades-long fascination with its mysteries.

Read more about my mushroom and truffle adventures with this remarkable Oregonian.

No one I know has worked harder to spread the gospel of cheese and how easy it is to make at home than local cheese maven Claudia Lucero. An evangelist for what she describes as "milk's leap toward immortality," she sees it as her mission to empower people with the knowledge of how to make their own food rather than relying on industrially processed products to feed themselves and their families. 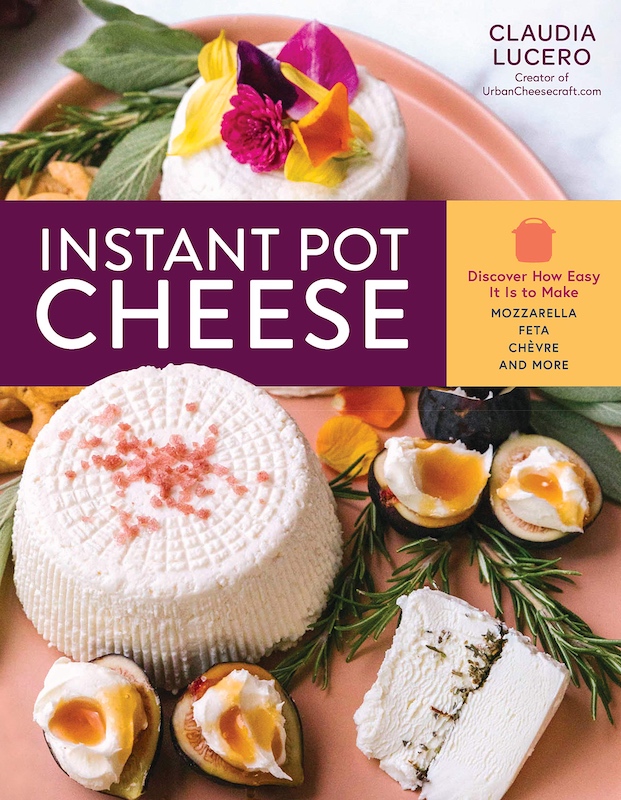 The viral success of the Instant Pot cooker got Lucero to thinking about how this appliance might be used to make cheese. After all, it can be used to do just about anything: caramelize onions, boil eggs, steam rice, so it seemed sensible to her that the cooker's accurate and consistent temperatures should make it an ideal tool for cheesemaking.

Instant Pot Cheese presents cheesemaking basics, then covers classics such as paneer, ricotta, goat cheese and easy cottage cheese before introducing more sophisticated options like burrata and feta, and even dairy-free alternatives. For multicookers with a "Yogurt" function, there are recipes for cultured dairy products such as buttermilk, ghee, and sour cream, too.

The Shepherd's Life: Modern Dispatches from an Ancient Landscape, by James Rebanks 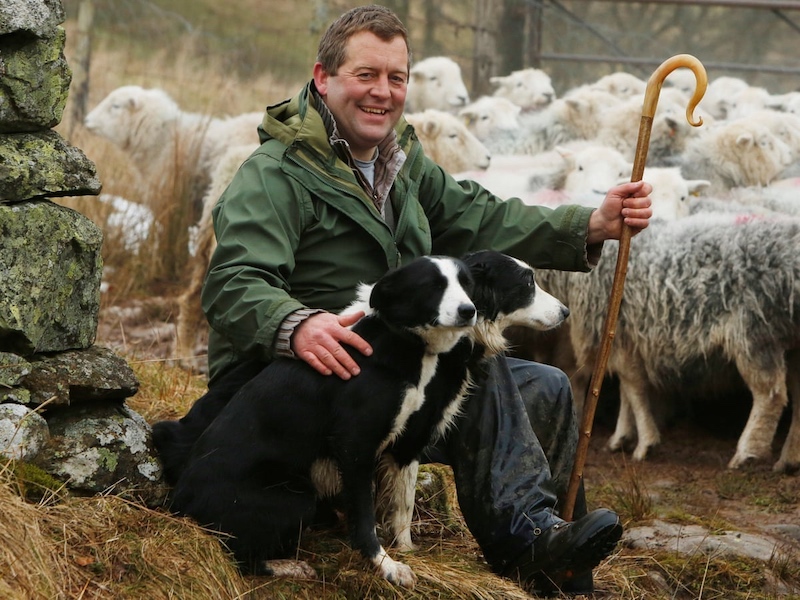 I first became acquainted with James Rebanks through, believe it or not, his Twitter feed, mostly on account of his enchanting photos of his beloved Herdwick sheep and the hills they roam in the ancient Cumbrian countryside of England. When I read he was not only a steward of his land and his sheep as well as a fine photographer, but also an author of several books, I needed to know more. 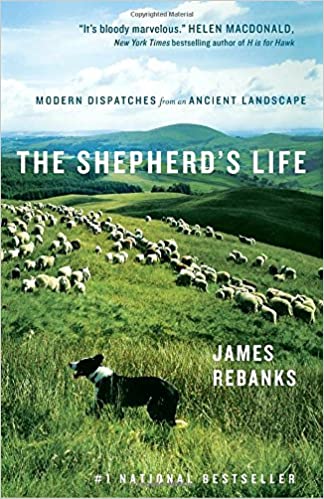 Deeply rooted in the land Rebanks' family has farmed for generations, The Shepherd's Life describes how "his way of life is ordered by the seasons and the work they demand. It hasn't changed for hundreds of years: sending the sheep to the fells in the summer and making the hay; the autumn fairs where the flocks are replenished; the grueling toil of winter when the sheep must be kept alive, and the light-headedness that comes with spring, as the lambs are born and the sheep get ready to return to the hills and valleys," according to one review.

Since his new book, English Pastoral, isn't yet available in the U.S., I thought it would be prudent to read this and get to know him just a wee bit better. 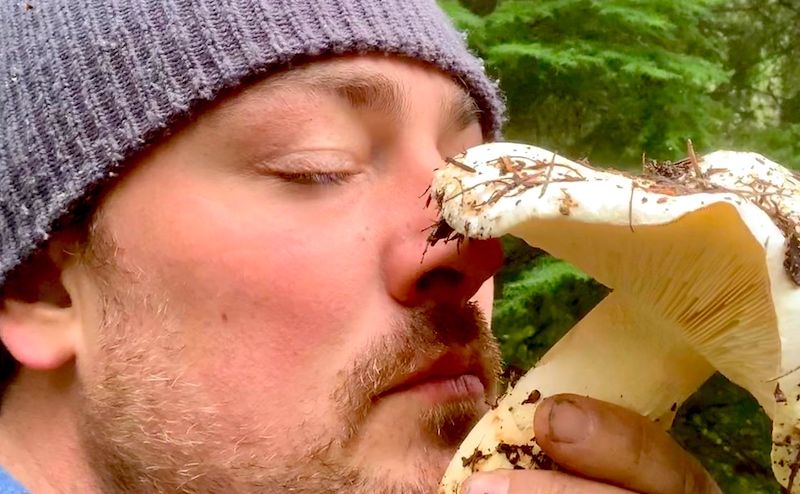 Getting 'Shroomed: On the Mountain with Oregon's First Family of Fungi

"That's why we call it mushroom hunting, not mushroom picking."
- Jack Czarnecki on the rigors of foraging for mushrooms

The Czarnecki family is well on its way to becoming a mushroom foraging dynasty, with fungi running in their veins the way filaments of mycelia run under the forest floor. In 2012 I was privileged to meet Jack Czarnecki when I interviewed him for a story about Oregon truffles, then just beginning to be recognized as equals to their legendary cousins in France and Italy.

Jack, the third generation of this restaurant family, migrated from his native Pennsylvania to Oregon so he could hunt mushrooms year round. Sensing my curiosity about his craft, he subsequently invited me to join him and his compatriots to climb in the legendary Trufflemobile on a hunt for their wiley prey.

Retired from restaurateuring as well as active mushroom hunting, Jack passed on the family's traditions to his sons Chris and Stefan. Chris, a chef, took over ownership of the Joel Palmer House in Dayton, assiduously maintaining its mushroom-centric focus while adding a more contemporary twist to its preparations. Stefan (top photo), who owns wine touring company Black Tie Tours, had announced he was taking a day away from that business to head up to Mt. Hood to hunt mushrooms for the restaurant, and I inquired if he might be able to squeeze in one additional passenger.

As with his father before him, we arranged to meet at Joe's Donut Shop in Sandy, a requisite stop for foragers to pay obeisance to the mountain gods for a successful hunt as well as a dandy place to get sustenance for what was sure to be a long day of clambering through brush and up and down steeply wooded hillsides. As we set out for the mountain, the shotgun position in the front seat next to Stefan was taken by his dad's longtime mushroom-hunting buddy Dick Nelson, as familiar with the spiderweb of rutted tracks leading to the best spots as was Jack. Much discussion ensued as to which spots might yield the best results, and a general plan was formulated.

Our primary goal was to hunt matsutake mushrooms, prized for their distinctive spicy scent as well as their flavorful culinary properties. The "matsies" were just beginning to appear, pushing their way up out of the duff of the forest floor, often no more than a bump in the undergrowth or, at best, a glimpse of white through the needles. Second were porcinis, also considered a seasonal delicacy. Last but not least on the list were white chanterelles, cousins of the more ubiquitous gold-colored variety, and much more abundant than either the matsutakes or porcinis.

A dusting of snow covered the trees as we headed down the highway past Government Camp, turning off the main road to one of the secret spots euphemistically named for a distinctive feature like The Rocks or The Dock. A few favorite spots yielded a smattering of the targeted fungi, but it was our last stop, an anonymous wooded slope that I'd visited with Jack on a previous trip, that ended up yielding a small bonanza of matsutakes and a plethora of whites.

Fortunately I was with Dick, who would point with his walking stick—actually a mop handle he'd borrowed from his utility closet at home—at a slight mounded lump on the ground, suggesting I should brush aside some needles in case it might disguise a matsutake just popping up. Which it invariably would. These mushrooms need to be dug out in their entirety rather than cut off at the base like the chanterelles, to reveal dusty, dry earth clinging to the base that, along with their distinctive aroma, is a telltale sign.

All told we gathered more than thirty pounds of mushrooms in five hours, most of which would be going to the Chris at the restaurant, but I was generously allowed to bring a few pounds home to roast and freeze for future dishes where I could relive the smell of the woods on our hunt, the bracing nip in the mountain air, and Dick's beguiling Mona Lisa smile.

Read more about this iconic Oregon family, including links to my articles on Oregon truffles and mushrooms. Top photo courtesy Stefan Czarnecki.