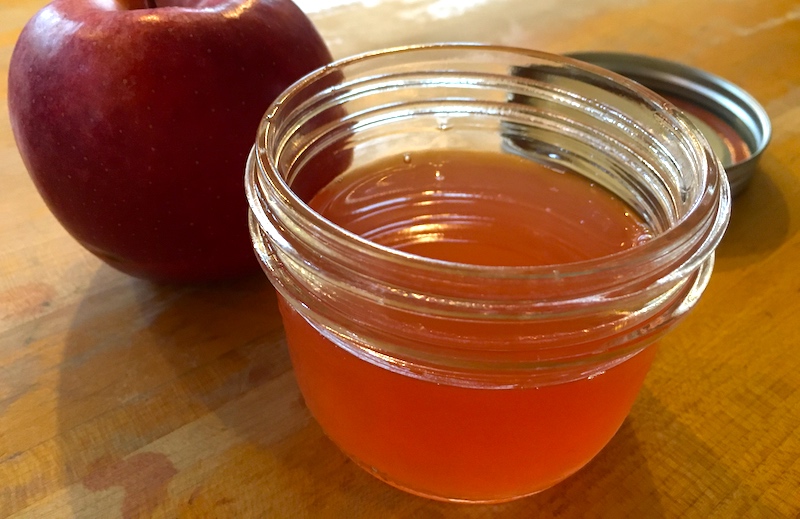 Here in Portland, especially in our increasingly warm summers, we know that yeasty, vinegary smell whenever we go out to dump our compost in the bin the city provides. (Portland has had curbside composting since 2005 when the city developed the Portland Composts program that required city garbage companies to offer it.) Well, those intense olfactory experiences had me pondering how to make my own vinegar, especially since I've been learning about fermentation lately, and discovering how incredibly simple it is. 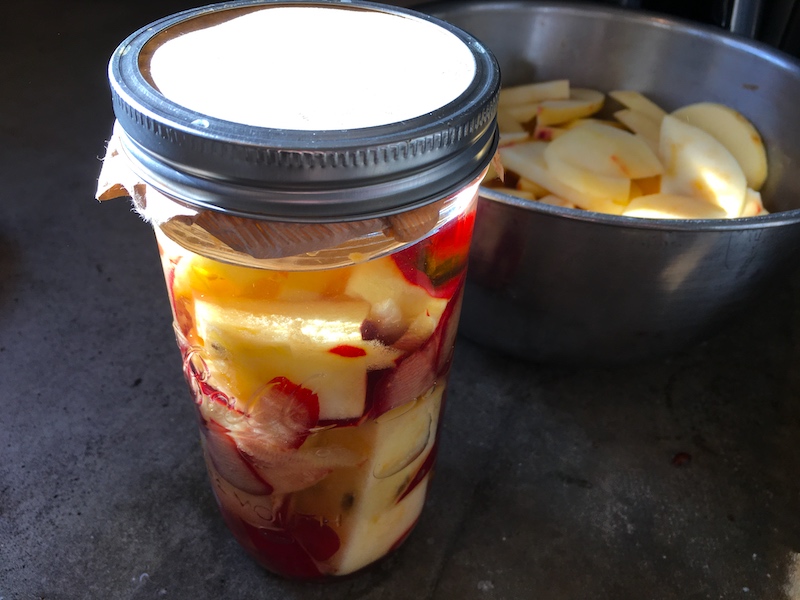 Looking up a few vinegar how-to websites made it even more of a slap-myself moment. Being the cautious sort, I decided to start small and see how it went, but since I'd just bought a few apples for pie, the supplies for a small batch—apple peels and cores—were readily at hand.

As with most fermentation projects, it takes patience. As in waiting a month until you know if your vinegar experiment has yielded a desirable result, which is the hardest part of the process (at least for me). Fortunately this one, when I strained out the solids, gave about a cup of pink-tinged, delicately apple-perfumed vinegar (top photo) that will be lovely sprinkled on soft lettuce salads or to give a light acidic touch to other dishes.

It gives me the courage to try again with a larger batch, maybe with another fruit or vegetable, so stay tuned!

Bring the water to a boil and stir in the sugar until dissolved.

Place a square of coffee filter or several layers of cheesecloth over the jar and secure with a rubber band or canning ring. Place in cool, dark place for one month, checking to make sure no mold is forming.

The contents may get cloudy or a SCOBY (vinegar mother) may form, but that's normal. Taste the vinegar after 4 weeks and, if it's to your liking, strain out solids, place a lid on it and store in refrigerator. 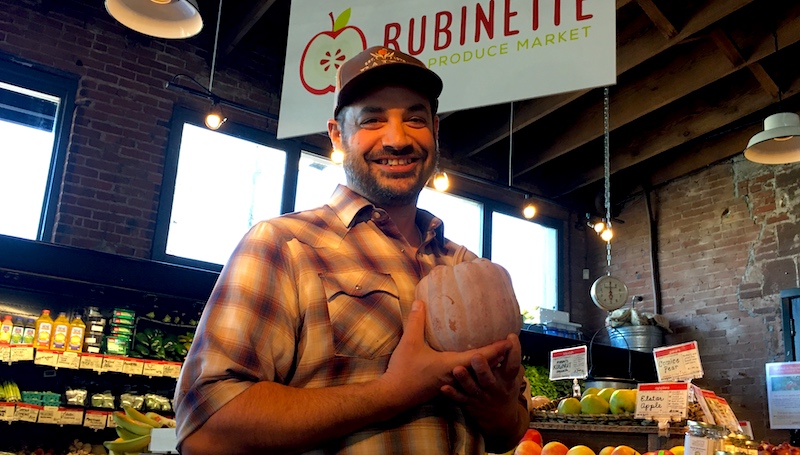 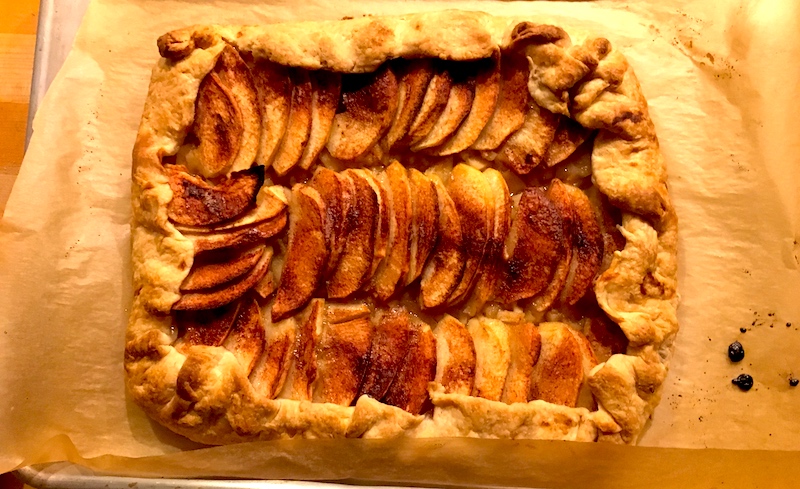 We're not picky eaters or fussy cooks around here. Simple recipes using good—preferably organic and locally grown—ingredients that don't take a lot of time to prepare are the ones we go back to again and again. Recipes by celebrity chefs are usually avoided, since they tend to be far too complicated and ego-driven ("Hey, watch me do a back-flip while I sauté these onions!") to make it onto our roster, plus we've found they are often not carefully tested for home cooks who may not have the equipment found in professional kitchens.

There are a few old-time chefs whose recipes I know I can depend on to be a success, like those from Julia Child, James Beard and Jacques Pépin. Pépin has been making a regular appearance in our kitchen lately, since Dave has been volunteering to make dessert when company comes or when there's a gathering that warrants a little something post-feast.

Pépin's apple galette, from his book Heart and Soul in the Kitchen, is a stunningly simple feat, with a processor pastry crust that comes out of the oven a masterpiece of flaky crispness, and a filling that's just chopped and sliced apples sprinkled with cinnamon sugar and drizzled with honey.

Light and lovely, with a charmingly rustic look—what can I say but, "Parfait! Et merci, Jacques!'

Adapted from Heart and Soul in the Kitchen by Jacques Pépin

In a food processor, combine the flour with the sugar, salt and butter and process for about 5 seconds. Sprinkle the ice water over the flour mixture and process until the pastry just begins to come together, about 10 seconds; you should still be able to see small pieces of butter in it. Transfer the pastry to a work surface, gather it together and pat into a disk. Wrap the pastry in plastic or wax paper and refrigerate until chilled, about one hour. (You can also roll out the pastry and use it right away or make it ahead and refrigerate overnight.)

Peel, halve and core the apples and slice them crosswise 1/4" thick. Set aside the larger center slices and coarsely chop the end slices and any broken ones; about half of the slices should be chopped. In a small bowl, combine the sugar and cinnamon.

On a lightly floured work surface, roll out the pastry to a 12" by 14" rectangle and transfer to a large rimmed baking sheet. Spread the chopped apples over the pastry to within 1" of the edge. Drizzle the honey over the chopped apples. Decoratively arrange the apple slices on top in concentric circles or in slightly overlapping rows. Sprinkle the cinnamon sugar evenly over the apples and dot with the pieces of butter. Fold the pastry edge up and over the apples to create a 1-inch border.

Bake the galette for about 1 hour, until the pastry is nicely browned and crisp and all of the apples are tender. Transfer the pan to a rack and let the galette cool. Serve warm or at room temperature.