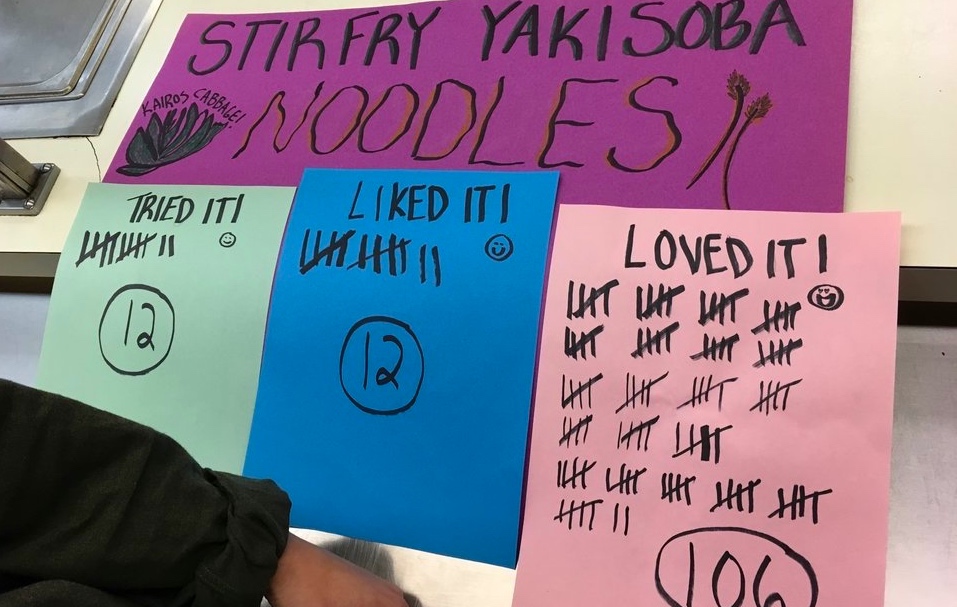 What comes to mind when you think of school lunches?

Once a week the cooks in my high school cafeteria served fresh cinnamon rolls baked onsite, as well as a lusciously gooey mac'n'cheese that can still make me drool when I think of it. That was before school kitchens were disassembled and preparation was centralized in an attempt to cut labor and food costs. Those of a certain age might remember when then-President Ronald Reagan's USDA attempted to (unsuccessfully) classify ketchup as a vegetable on children's lunch trays, and most of us probably think that low quality, commodity foods are still a common feature of school cafeteria meals.

Dr. Betty Izumi, a registered dietitian and a professor in the School of Public Health at Portland State University, gets frustrated when she hears Portlanders talk about how gross school lunch is. “They are perpetuating a stereotype that is not true," she said. "I ask them, ‘How do you know? Have you ever eaten it?’ ”

In point of fact, for several years Portland Public Schools (PPS) has been working to make its lunches healthier and incorporate local food in its menus. Those efforts have benefited from state legislation that gives Oregon schools money to buy local food and create garden and farm education opportunities.*

As part of this funding, on Tuesday, May 14, PPS students will be served locally produced Umi Organic yakisoba stir-fry noodles for lunch as part of a traditional Japanese meal of fresh roasted cabbage, carrots and noodles in yakisoba sauce (with or without chicken), in all of the city's public schools. The noodles, made with 50 percent organic whole grains—Edison and durum wheat, to be specific—sourced from Camas Country Mill in Junction City, Oregon, were developed specifically for schools in cooperation with PPS nutrition directors.

Lola Milholland, co-founder and CEO of Umi Organic, studied Japanese language and culture since kindergarten in PPS. After college she worked at Ecotrust, where she focused on supporting the first Farm to School Bill in 2011. “To work with both PPS and the Farm to School Bill as a business is a dream come true and feels very full circle for me,” Milholland said. "We worked very hard to find the right flour mix to create a great, chewy yakisoba but without the typical preservatives, food dyes, and unidentifiable ingredients."

If these noodles are a hit with the kids, they will be featured regularly next year. What can we say but "Itadakimasu!" (The equivalent of "bon appetit" in Japanese.)

* The Oregon legislature is voting to renew funding for the Farm to School program later this month. House Bill 2579 would provide $5 million for Oregon schools to buy and serve Oregon foods, and districts and partner organizations to provide agriculture, nutrition, and garden-based educational activities. The bill renews the existing $4.5 million program and $500,000 in additional funding to serve more schools and students, and evaluate results. Let your Congressperson know how important it is for our children to have access to healthy, locally produced food. Find your legislator here.