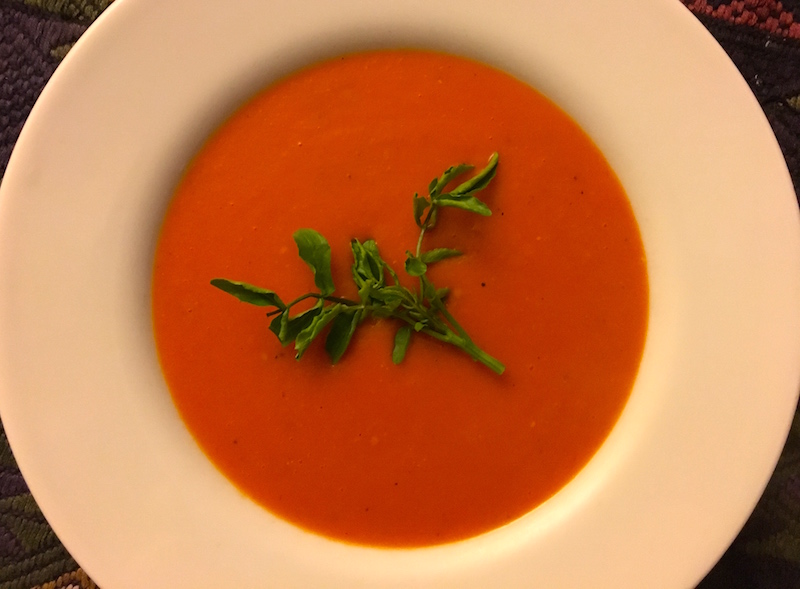 Dinner at my family's table growing up was a product of the then-new and novel notion of convenience for housewives. Why spend hours preserving fruits and vegetables when you can simply open a can and have dinner on the table in less than half an hour? Cookbooks, women's magazines and television commercials touted "open a box" instant gratification for puddings, cakes, hamburger helpers and soup mixes with brand names that became part of the family—think Duncan Hines, Campbell's, Lipton and, yes, Betty Crocker. 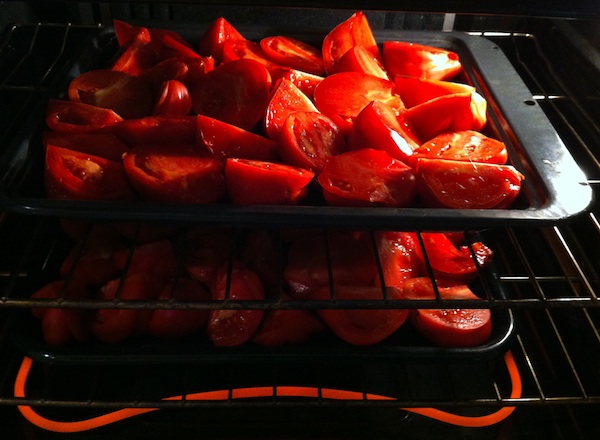 With three kids and a husband to feed every night, and especially when she started working full time, my mother needed all the help she could get. I've joked that during my childhood I thought that Campbell's cream of mushroom soup was the glue that held the universe together. Even when I was on my own, a good tuna casserole needed that special touch that only one product—I've since found a superior recipe—could achieve. My future husband wooed me with lunches he made himself with cream of tomato soup (Campbell's to the rescue again!) and grilled cheese sandwiches.

So, as with that tuna casserole, recreating the flavors I remember and the satisfaction they provided has become a bit of an obsession. A cream of tomato soup like the one from the can with its smooth, silky, tomatoey flavor—we always made it with water rather than milk—that filled your mouth and warmed your belly is one that has been at the top of my "figure this out" list. 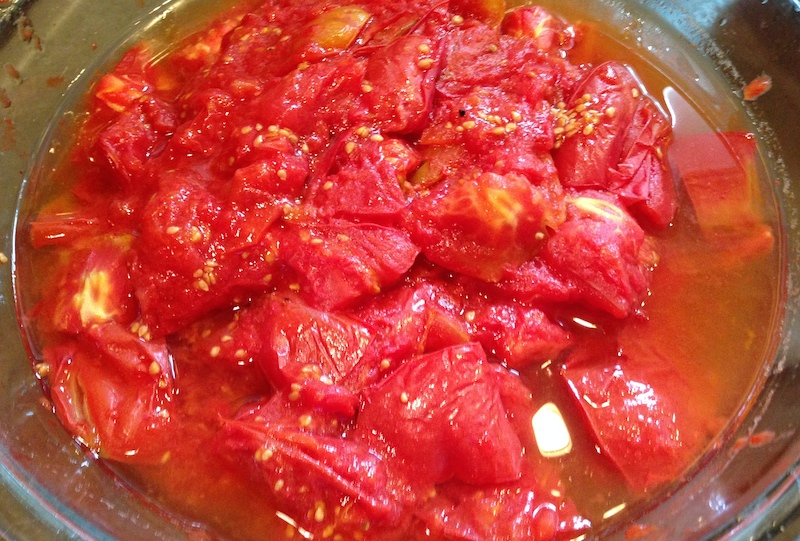 Lots of recipes I researched called for various herbs and spices to be added; some add vinegar or honey, probably to balance out the acidity of the tomatoes. But I was looking for a recipe that was simple to make and that would have been easy enough for my mom to whip up for her family's dinner after a long day at the office, a glass of wine in one hand (would that she would have allowed herself that) and a wooden spoon in the other.

With a good supply of frozen, roasted astiana tomatoes in the freezer, I was all set with the main ingredient, and their perfect balance of sweetness to acidity made the notion of adding anything else just so much unnecessary froo-froo. Having made this soup a few times now, both with and without grilled cheese sandwiches, it's always brought back those days of yore, but with the satisfaction of knowing I no longer need help from the folks at Campbell's.

In a Dutch oven or large soup pot, melt butter over medium heat. Add onion and sauté until tender and translucent. Add garlic and continue to sauté 2 minutes. Add flour and stir, making sure it doesn’t stick to the bottom of the pan, for 3 minutes. Add broth, tomatoes, salt, celery salt and pepper. Bring to a boil, then reduce heat to simmer for 30 minutes, stirring frequently to make sure nothing sticks to the bottom of the pan. Remove soup from heat and, using an immersion blender,  purée the soup thoroughly until smooth*. Add more salt to taste, if needed. Serve.

* I don't mind a little texture from any bits that don't get totally blended in, but if you want a completely silky smooth finished product, you can press it through a sieve, which will catch any remaining seeds or other bits.